This is the beginning of a series on kimchi.  Kimchi is the food of my people.  I love kimchi and if you’re reading this, I suspect you do too. 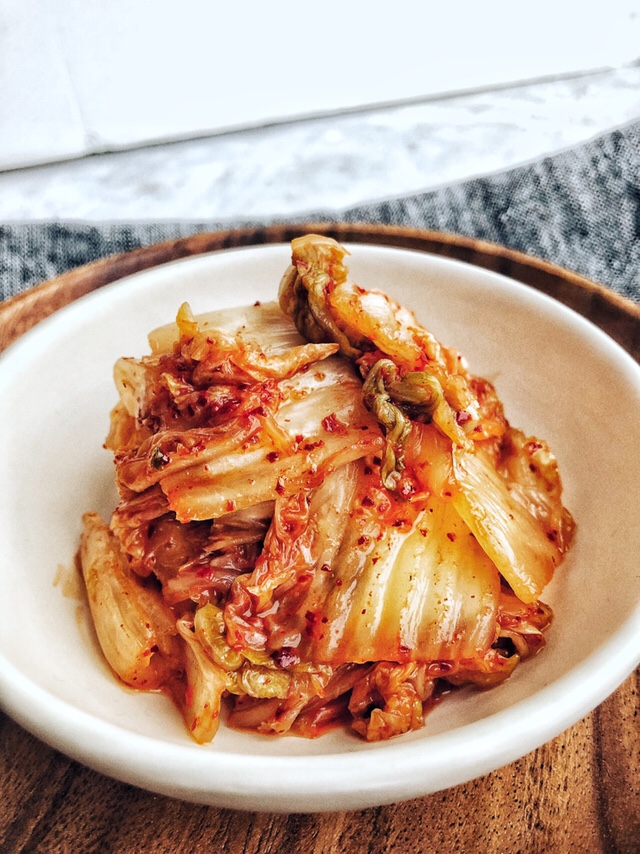 Before the technological marvels of the modern world, people faced a major problem:  how to feed themselves in the face of long, cold winters and the biological reality of decomposition.

In short, people needed food.  They needed regular, reliable access to food.  Not just some of the time.  ALL the time.  For thousands of years, people lived with a sense of urgency.  How do you keep vegetables from spoiling?  How do you prevent meat from going bad?  How do you preserve all the bounty that comes from a fall harvest?

Kimchi was invented in this ancient quest for survival.  Other cultures smoked, dried, cured, canned, or froze their food supply.  Koreans did these things, too.  But they also learned to ferment their food.  In fact, Koreans became expert practitioners in the art of fermentation.

Why fermentation?  The miracles were many.

Fermentation slowed down the decomposition process, giving vegetables a much longer shelf-life. A person could eat fermented food for a long, long time.  During the harsh winters of the Korean peninsula, fermentation guaranteed steady, regular access to nutrient-dense food.

Fermentation also provided excellent health benefits.  By brining fresh vegetables with salt, bad bacteria died while good bacteria thrived.  As a byproduct, fermented foods became naturally probiotic.  That meant the growth of good gut bacteria, better digestion, and overall improved health.  My parents used to tell me ad nauseam, kimchi is one of the healthiest foods on the planet.  Now the rest of the world knows this truth!

Then there’s the versatility of kimchi.  Pretty much any vegetable can be made into kimchi.  In the summer, Koreans brine and season cucumbers into kimchi.  In the fall, cabbage and radish become treasured kimchi bases.  Kimchi utilizes local ingredients and represents seasonal food at its best.

As a bonus, fermented vegetables taste good any time of the year.  During drab winter, they are such a tasty pick-me-up.  During hot, humid summers, they stimulate our appetites with the riot of flavor that is kimchi.  Some kimchi scholars say that kimchi didn’t become spicy until later on.  Either way, that sour, distinctive flavor that comes from kimchi is uniquely Korean and deliciously addicting!

At my childhood table, kimchi was a ubiquitous part of every meal.  It didn’t matter whether the food we ate was traditional Korean food or the American interpretation of a proper meal.  Kimchi was always there and always tasted good.

Michael Pollan says that food is history.  Food not only nourishes us but it tells a story — about a particular people, living in a particular time and place.

Kimchi tells us, there was once a people who learned how to preserve their food.  They learned how to take the bounty of their land and create something unique to their way of life.  And through their ingenuity, they made life that much more delicious.

Continue reading this series with:

Kimchi Pancake.  A savory, thin pancake loaded with kimchi and fried to crispy perfection in a cast iron pan. 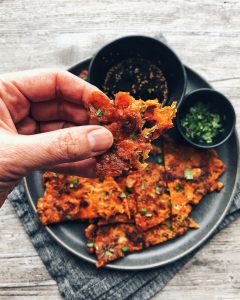 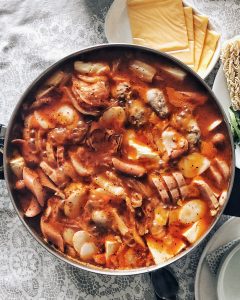 Easy Kimchi Fried Rice.  Classic Korean comfort food made from old kimchi, old rice, and leftover bits of pork from your fridge.  A 15 minute meal that tastes so good with a fried egg on top! 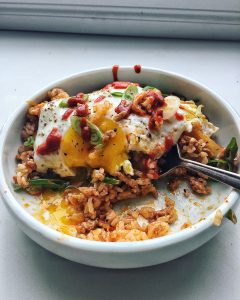